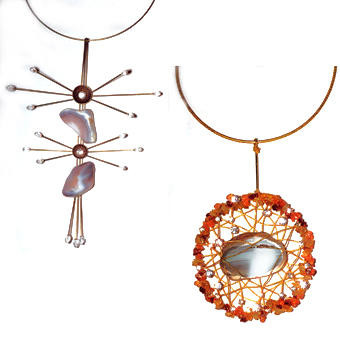 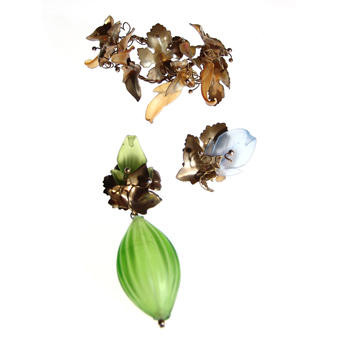 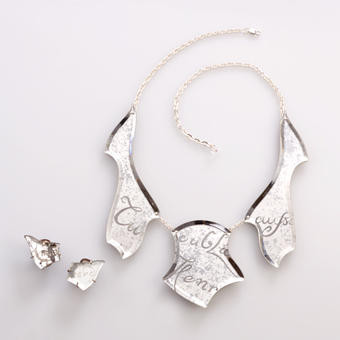 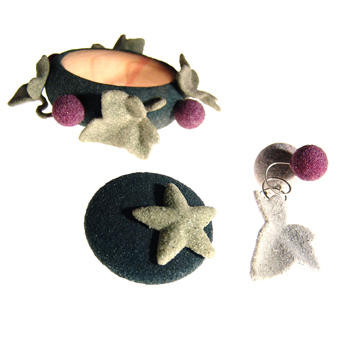 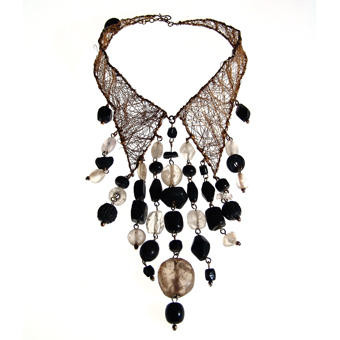 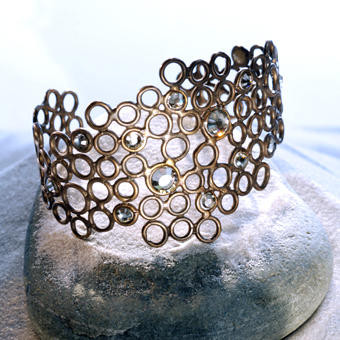 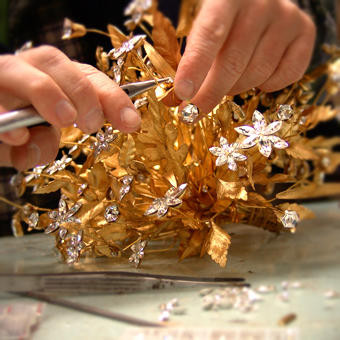 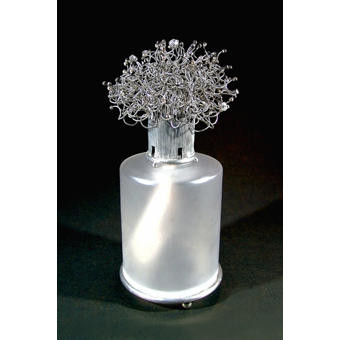 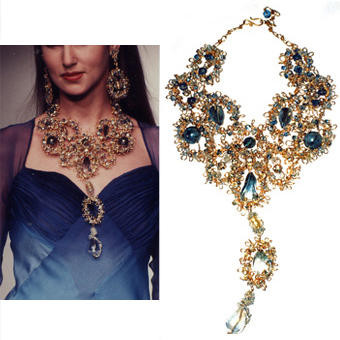 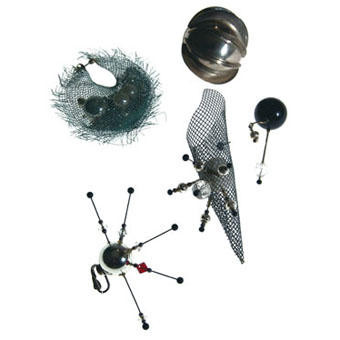 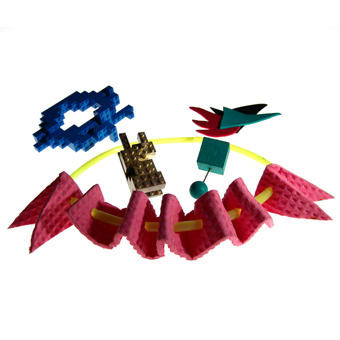 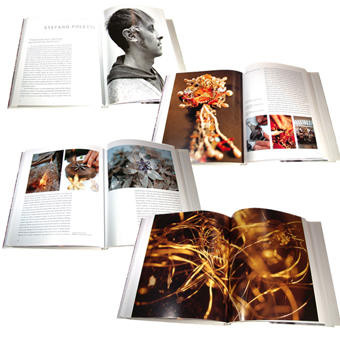 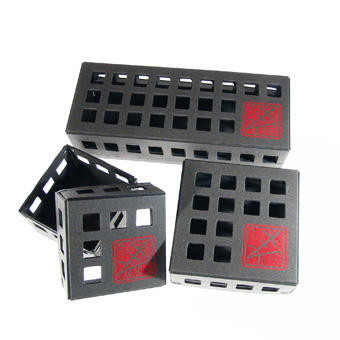 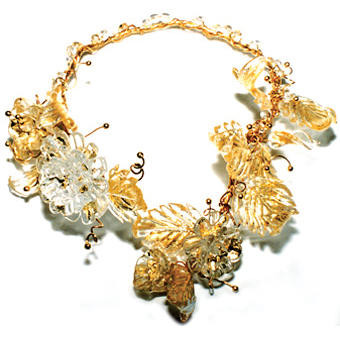 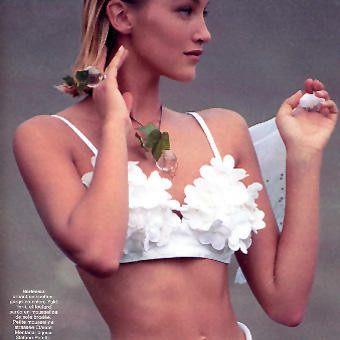 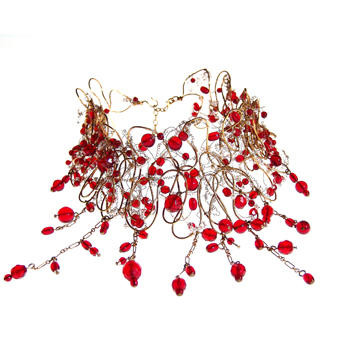 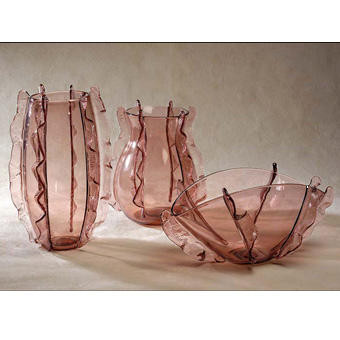 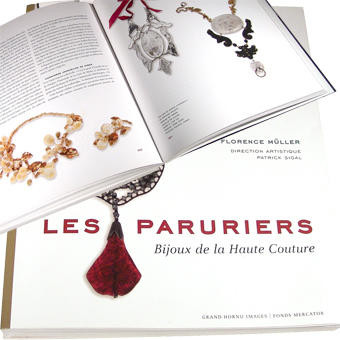 An Italian in Paris

Stefano Poletti moved to Paris in 1983 after receiving his diploma as a designer from the Marangoni Institute in Milan.  As a student at Studio Berçot in Paris, his first contact with Haute Couture was through an internship with the creator Azzedine Alaïa, then he soon moved on to become the assistant of Elisabeth de Senneville.

Initially he dealt with licensing deals for accessories and then went on to personally design the jewelry for the fashion shows. And in this period he got to know and began his collaboration with Thierry Mugler, creating extremely original and exclusive bijoux for him, a collaboration which lasted until 1995.  During this period he launched his personal line of jewelry, expanding his collaboration with Haute Couture houses such as: Yves Saint Laurent, Hanae Mori, Christian Lacroix and Stephane Rolland.

From Fashion Shows to Bijoux creator

Fascinated by design and the research of new materials, Stefano contacts, within the Memphis group, the Italian designer Paola Navone with whom he collaborated on a project related to jewelry in the Philippines, and prêt à porter in Italy. Poletti creates lines of jewelry for the fashion house Poiray as he continues to create for the prêt à porter names such as: Montana, Jill Sander, Guy Laroche, Jean Charles de Castelbajac, Chloé, Jacques Fath.

In 1988, Stefano created, for his own line, the collection "Botanicus", which is made  of evanescent spheres of blown glass wrapped around a thin metal wire, which contains water and a sprig of ivy.

Much appreciated by the press and by the public,"Botanicus" is key creating international recognition for Poletti. His jewelry was also exhibited  at the Copperhewitt Museum in 1988, at Centre Georges Pompidou in 1991, at Musée Galliera in 2000, at MAC's in Belgium in 2006 and in 2011 at the Grand Trianon in Versailles. Since 2002 his collier “Cosmophonie” made of gold and rock crystal has been part of the collection of the Barbier Mueller Museum in Geneva.

From Bijoux designer to object designer

In 1991 he receieved an endowment from the Centre National d'Art Plastique which rewarded his project "the banquet of Neptune", a collection Tableware in silver and Murano blown glass.

In 1993 he made a line of flûtes in Murano glass for the Pommery Champagne house and a decor for the cup collection of coffee producer Segafredo. In 2002 he designed “Finferlo", a large fruit bowl made of glass paste for Maison Daum. The transition from glass to mirror was rather natural. Thus  in  2004  we have two of his greatest interior design works: the mirror “Amboise”, which was distributed by Face Box in Milan and the mirror “Chambord”, a limited edition piece, which was shown at the salon Scènes d'Intérieur in Paris.

Sought after by the big fashion names for his personal and unconventional style, he conceived an original shop window for Louis Vuitton. In 1997 he began his long collaboration with the company Lampe Berger by creating the  lamp "Reine des Neiges": a rare piece for true collectors, it is entirely handmade and produced in only 25 copies. Staying in line with uniqueness and exclusivity he has created limited edition collections of jewelry for Lalique, Baccarat, Swarovski, Hermès and Jean Paul Gaultier.

Poletti curates the artistic direction for the boutiques “France et Caroll “and “HP France Bijoux”, part of the Japanese group HP France for which he has designed the logo, packaging and communication images. As for cinema, he has designed jewellery for Jeanne Moreau, Dolorès Chaplin and in collaboration with Franca Squarciapino, for Fanny Ardant.

In 2000, Stefano Poletti moved his studio to rue de la Fontaine au Roi. There, surrounded by plants and bathed in light, in his greenhouse-workshop, the design, manufacture, showroom and offices are located: an oasis of peace at the end of an old Parisian alley where he expresses his creativity.

Publications where his works are cited